There’s an image going viral on the web listing the cost of insulin pens around the world. It lists various countries’ prices as follows: 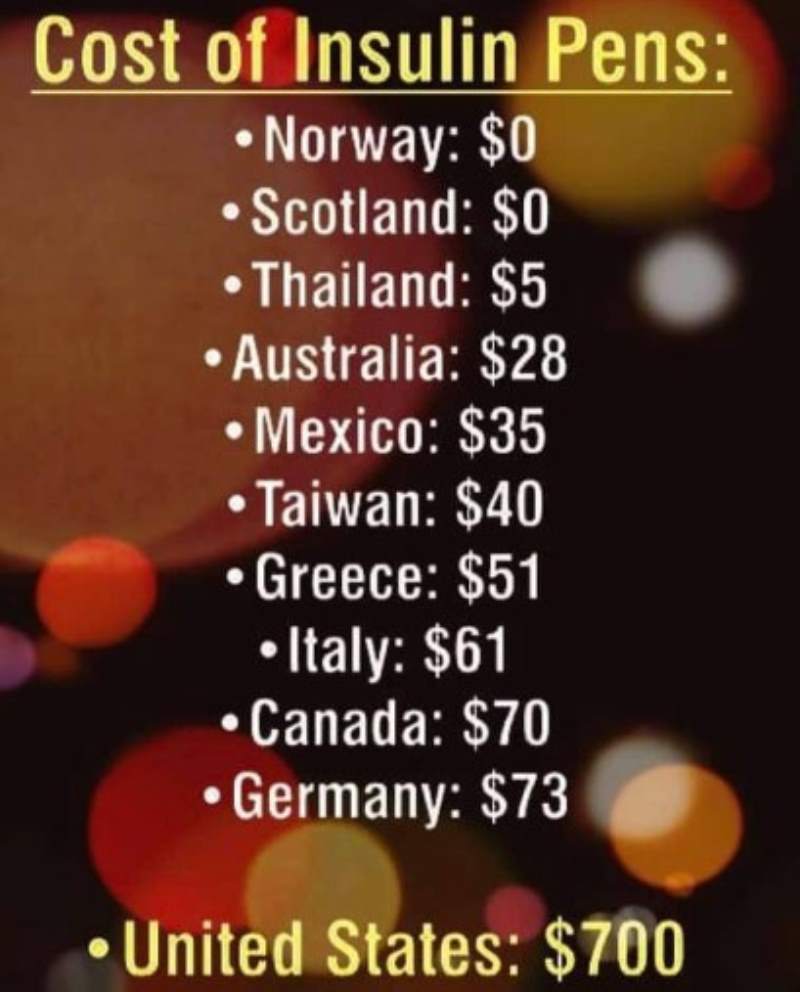 While this may be a slight exaggeration, it is dangerously close to the truth.

Insulin costs in the U.S. have risen staggeringly over the past several years. The high costs have become a health crisis that’s driving people to purchase insulin in other countries, and causing dangerous health issues and even deaths. 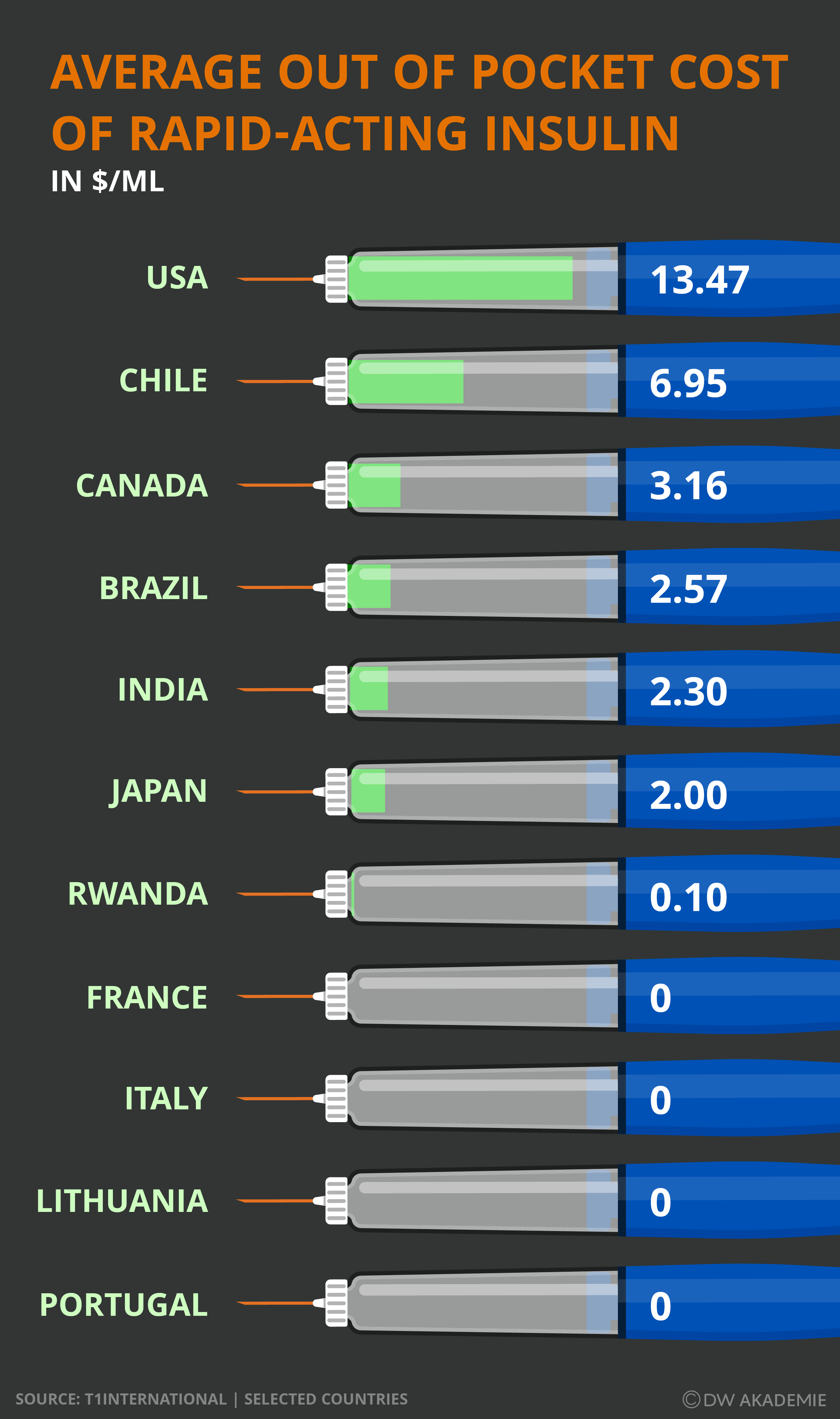 With just a few large insulin producers controlling all insulin production, these producers have hiked up insulin prices. Between 2002 and 2013, the average price of insulin tripled. The three main producers are Eli Lilly, Novo Nordisk, and Sanofi. These drug companies have made changes to the insulin they produce to help it work better and quicker, and thus are able to extend patents (which can last up to 20 years) and preclude others from competing with them.

Patents are also put in place on ingredients and devices like insulin pens, which prevent competition and allow their prices to shoot up.

Another factor that drives up costs is FDA regulations and extensive testing that needs to be done on a drug before it can be released to the public.

No regulation of drug prices

The last main factor that contributes to drug prices being so high is the U.S. government, which does not regulate drug prices. Medicare is not allowed to negotiate drug prices, and there is no single-payer healthcare system to push prices down. While there is legislation in the works to cap insulin costs, nothing yet has been put into effect on a national level.

In addition, drug makers spend a huge amount of money on advertising, something that’s not allowed in other developed countries.

The numbers are staggering and only getting worse. A solution must be found to this growing crisis that is putting America’s diabetic population at dire risk.