Over the past decade, insulin costs in the U.S. have tripled, and one out of four people with diabetes are rationing their insulin.

Kevin’s Law is named after Kevin Houdeshell, who died in 2014 at age 36 after he couldn’t get access to his insulin prescription when it had expired over the New Year’s holiday. He had already been rationing insulin in the weeks leading up to his death, and died of diabetic ketoacidosis alone in his apartment.

What is Kevin’s Law?

The laws, enacted by state, allow pharmacists to give an insulin supply in emergency situations.

An emergency situation is one in which the patient cannot quickly get a doctor’s authorization for insulin. Insulin is a vital hormone upon which people with type 1 diabetes rely to maintain healthy blood glucose levels.

Ohio was the first state to pass the law, since that is where Kevin was from. Other states soon followed suit. The parameters of laws may differ in each state, but what’s important is that the laws are in place.

Allison Bailey, US Advocacy Manager at T1International said, “These are bills to help basically bridge an expired prescription, which for insulin can be very life threatening.”

A pharmacist can dispense an emergency supply of a drug for a chronic condition if:

States that have passed Kevin’s Law include: 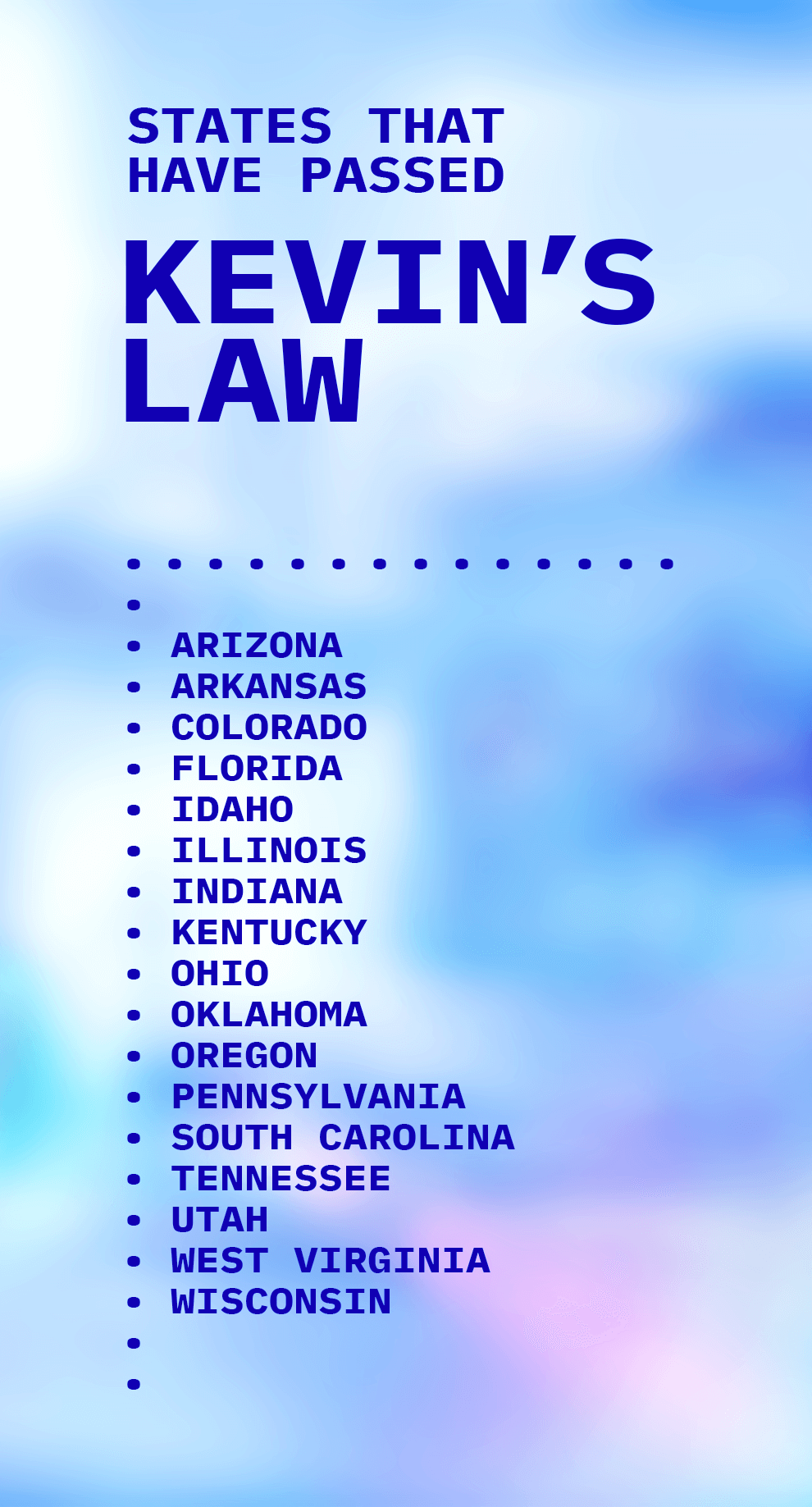 Massachusetts currently has an emergency prescription refill law in the works.

These laws curb deaths that could have been prevented when insulin isn’t easy to access, such as on holidays or if the prescription has expired. Some states’ emergency access bills also extend to other drugs, such as inhalers, Epipens, blood pressure medications, blood thinners, mental health medications, and HIV medications.

Under these laws, insurance will most likely not cover the cost of insulin, however states are working toward getting an insurance mandate into their legislation. Even in states where Kevin’s Law is passed, pharmacists might not be aware of it and thus don’t know they are allowed to give insulin. It is important to educate pharmacists so that they know they can dispense these emergency drugs.

If you have diabetes, talk to your politicians about enacting Kevin’s Law and let them know the life-or-death situation that exists with rationing insulin.

Legislation to bring insulin costs down

With soaring insulin costs, there is new legislation to get the prices of insulin down, including the Alec Smith Emergency Insulin Act in Missouri. Alec Smith was a type 1 diabetic who died due to rationing insulin at age 26.

This bill would allow people with diabetes who are low on funds a three-month insulin supply. People would be allowed one emergency refill per year, and would pick it up from a pharmacist.

With skyrocketing insulin prices, many states are also looking into capping insulin costs. Legislation like this will make a huge difference by making insulin available to all who need it.

The state of Massachusetts recently passed a pharmaceutical pricing bill to cap insulin copays at $25 per month, as well as exclude insulin from deductibles.

Colorado has already capped insulin costs at $100 a month, and Illinois, Nebraska, and Delaware currently have bills in process to cap costs as well.