The American Diabetes Association (ADA) has endorsed three important bills that aim to lower the costs of diabetes medications, which have risen to an alarmingly high level, even leading to deadly outcomes.

Three Bills Endorsed by the ADA 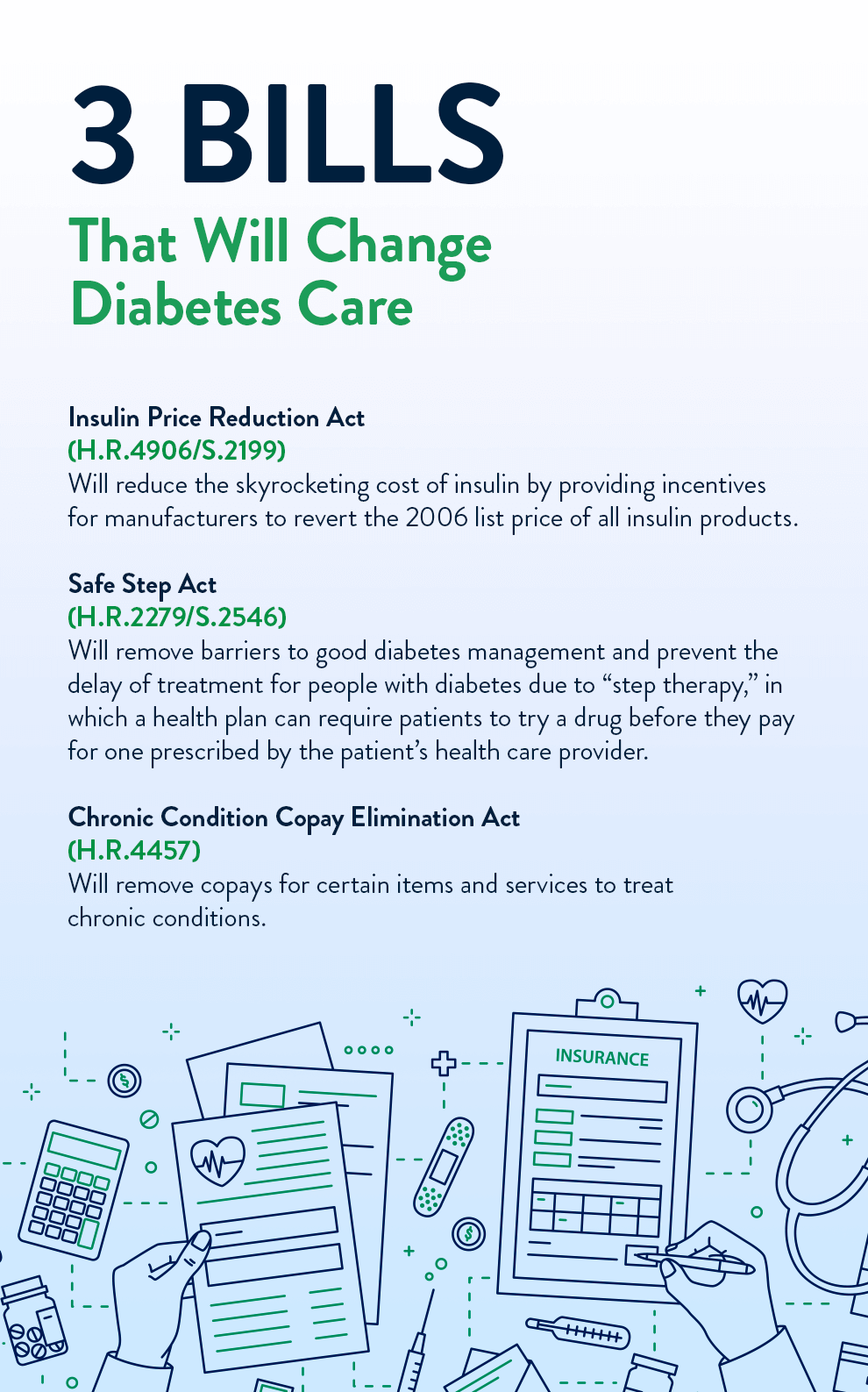 Making changes for the future of diabetes care

The selection of these bills lets patients know the bills on which they need to advocate and take action. The American Diabetes Association selected these three bills based on their ability to change diabetes care for the future. According to their website, they based their selections on three guiding questions:

To learn more about how the ADA makes these choices, see their advocacy engagement platform, where you can take action directly from their site.

Tracey D. Brown, CEO of the ADA, said, “By focusing on the most important insulin and drug pricing bills and giving our community easy ways to communicate their views with Congress, we will elevate the conversation from words into meaningful action.”